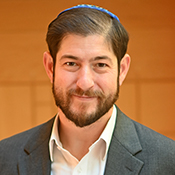 Rabbi Joshua Franklin joins the Jewish Center of the Hamptons after serving for four years as an Associate Rabbi at Temple Beth Elohim in Wellesley, MA. In his career as a rabbi, he has enlivened the Jewish community by reimagining spirituality through creative mediums. Rabbi Franklin brings to the synagogue setting a passion for music, technology, and creative forms of Jewish education.
END_OF_DOCUMENT_TOKEN_TO_BE_REPLACED

Rabbi Franklin originates from Yonkers, NY, and grew up at Riverdale Temple in the Bronx, where his father was a rabbi. He spent his childhood summers growing up at URJ Eisner Camp, but has returned to serve for several years on the rabbinical faculty at URJ Crane Lake Camp.

Before receiving his ordination at Hebrew Union College (HUC-JIR), Rabbi Franklin attended Clark University in Worcester, MA. There he graduated Magna Cum Laude, and majored in History with a concentration in Jewish Studies. He also received a Masters degree from Clark in History. While at HUC-JIR, he served numerous synagogues and Jewish institutions as a student rabbi and rabbinical intern including Beth Ha-Sholom of Williamsport, PA, Rodeph Shalom of Philadelphia, PA, DOROT of New York NY, Temple Sinai of Stamford, CT, and Beth El of Beckley, WV. Rabbi Franklin was the recipient of the Daniel and Bonnie Tisch Fellowship, a three year extracurricular program with Rabbi Lawrence Hoffman that explores congregational studies, personal theology, and contemporary religion in North America.

In addition to rabbinical ordination at HUC-JIR, he earned Masters Degrees in Hebrew Literature and in Religious Education. In his spare time, Rabbi Franklin enjoys golf, cycling, snowboarding, photography, wine tasting, beer brewing, and cooking with his wife Stephanie Whitehorn. He now resides in East Hampton, NY with his wife Stephanie and daughters Lilah and Amelia. < Less 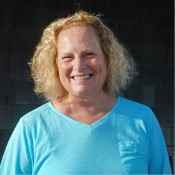 Rabbi Debra Stein, Cantor has served the Jewish Center of the Hamptons for over 30 years. Upon graduating from the School of Sacred Music, Hebrew Union College, she became our Cantor/Educator.
END_OF_DOCUMENT_TOKEN_TO_BE_REPLACED

As part of community outreach, Rabbi Stein meets with the Clericus of East Hampton, the organization of local clergy, and participates in ecumenical services in the community. She sings holiday songs at local public school, assembles and conducts model Seders, works with the East End Hospice, has spoken at the local college on the Jewish view of infertility and adoption, and has served on sub-committees at the hospital for quality AIDS care.

Rabbi Stein has performed concerts of both liturgical and secular music throughout the country, as well as in England, Scotland, Wales, and Israel. She was among the first cantors to sing at the Holocaust Museum in Washington, D.C. and sang at the Curacao synagogue’s 300th anniversary commemoration. A former member of the faculty of Hebrew Union College-Jewish Institute of Religion School of Sacred Music, she taught graduate seminars on professional development, worked with senior students in preparation for their pulpits, and gave Master classes on the liturgical music of the Sephardim to rabbis and cantors in the New York area. Rabbi Stein played a key role at Sacred Music Press publishing classic, contemporary, and new works for the synagogue. A past board member of the American Conference of Cantors, she served many committees. < Less 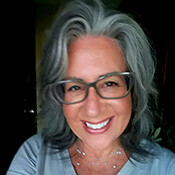 Barbara joins Jewish Center of the Hamptons after serving for seven years as the Executive Director of the Huntington Jewish Center (HJC) in Huntington, NY. She has spent the last 20 years working specifically in the local Long Island not-for-profit arena with a particular focus on community, cultural arts and environmental health and brings to JCOH a passion for relationship cultivation, business development and an extensive knowledge of synagogue management.
END_OF_DOCUMENT_TOKEN_TO_BE_REPLACED

Barbara originates from Middletown, CT but has lived on Long Island for most of her adult life. She received a BA in Communications from CW Post College, Long Island University and a Graduate certificate from Adelphi University in Human Resource Management. During her tenure at HJC Barbara was a member of NAASE (North American Association of Synagogue Executives), completed UJA’s Peer Leadership Program, participated in METNY’s Membership Engagement Conference and was selected to participate in USCJ’s Sulam for Learning Leaders program.

Barbara is the very proud mother of Raleigh and Hannah. She currently lives in East Hampton, NY. < Less 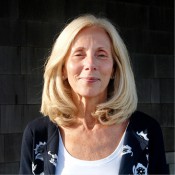 Diane’s passion for synagogue life has directed her path for most of her adult years. She is a Past President of Temple Beth David in Commack, NY and was the Temple Administrator there from 2004 to 2010.
END_OF_DOCUMENT_TOKEN_TO_BE_REPLACED

Diane brought her business acumen and extensive knowledge of synagogue management to the Jewish Center of the Hamptons as Executive Director in May 2010. In her role as Executive Director, Diane secured two Homeland Security Grants for security upgrades to the Jewish Center. Her vision drove the renovation of the Donald and Barbara Zucker Patio, beautifying the space where we join together while providing an opportunity to commemorate a simcha or remember a loved one. In 2014 Diane oversaw extensive renovations and upgrades to our administrative building, all the while ensuring that synagogue life remained vibrant and uninterrupted. Diane took tremendous pride in her involvement with the Jewish Center cemetery, Shaarey Accabonac Grove, as she helped guide families through emotionally difficult times. In recognition of her outstanding service to the Jewish Center, Diane has been honored by receiving the title of Executive Director Emerita.

Diane’s passion and dedication for all things Jewish extends far beyond her business skills in dealing with the day-to-day operations of the congregation as she continues to maintain the precious relationships she cultivated during her tenure as Executive Director. 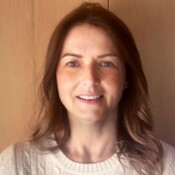 Margaret Barcohana has been a Gates of Jewish Learning teacher for seven years and a Water Mill resident since 2005. She raised four children who became Bar and Bat Mitzvah at the Jewish Center of the Hamptons, where she has been a synagogue member for the past decade. A Jew by choice and self-taught in Hebrew, Margaret has found her true passion in teaching Torah and Jewish life to students of all ages.