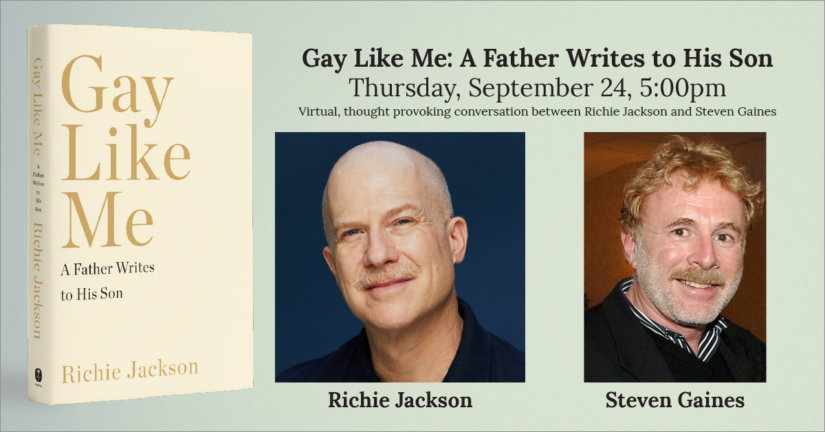 Join this virtual, thought provoking conversation between Richie Jackson and Steven Gaines, as they discuss Jackson’s new book, Gay Like Me: A Father Writes to His Son. In this poignant and urgent love letter to his son, award-winning Broadway, TV and film producer Richie Jackson reflects on his experiences as a gay man in America […]