Accused of Treason, a Conversation About Antisemitism with Dr. David Tenenbaum

Uncover how deeply rooted Antisemitism is here in the United States with Dr. David Tennenbaum, author of Accused of Treason: The US Army Witch Hunt for a Jewish Spy. 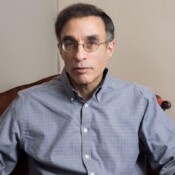 Dr. David A Tenenbaum has been called the Dreyfus of our time. The son of Holocaust survivor; father of four; a government employee with security clearance. In 1997 Tenenbaum was falsely accused by the US Army of being an Israeli spy, based solely upon anti-Semitic accusations from coworkers, which the government then covered up under the pretense of national security. Despite no evidence and no suspicious activity, he was accused of having dual loyalties to Israel…. Dr. Tenenbaum released his book “Accused of Treason: The Army’s Witch hunt for Jewish Spy,” and now shares his story with audiences around the world, exploring the unique facet of Antisemitism in the government, as well is in the world today, along with the powerful message of taking ownership of your choices within the life circumstances you’ve been given.