This year we will be honoring Harry A. Katz, President of Jewish Center of the Hamptons. Fabulous raffle prizes will be available including American Hotel, Nick & Toni’s, Wölffer Estate, Gurney’s Montauk, Bay Street Theater.

Proceeds will benefit  Jewish Center of the Hamptons. Prizes are non-exchangeable/returnable. 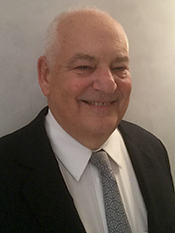 Harry A. Katz has had a varied career in numerous industries following graduation with a B.S. in Economics from The Wharton School and an MBA from Harvard Business School. Professionally, as an entrepreneur Harry founded and ran several private businesses which were ultimately sold to large public companies. END_OF_DOCUMENT_TOKEN_TO_BE_REPLACED

Harry owned and operated the largest independent distributorship for Sony Group of America. He has held many C-suite positions including Chief Financial Officer of Best Products. Harry founded and ran Retail Resources that was acquired by Bunzl, NA in 2005. Harry then served as Executive Vice President and CFO of Bunzl, NA which is a $6 billion division of Bunzl, PLC; a FTSE 100 Company.

Harry and his spouse Bryna Sanger share their time between the city and Amagansett, where they have had a home since 1986. Their children, Margot and Meredith, attended Religious School at the Jewish Center, and were each called to the Torah to celebrate their Bat Mitzvah at the JCOH. Harry and Bryna rejoiced at the weddings of their daughters; Meredith and Jeffrey Nelson in 2014 and Margot and Daniel Friedman in 2018.